Connor Wins the Overall Title at the 2022 Gorge Paddle Challenge 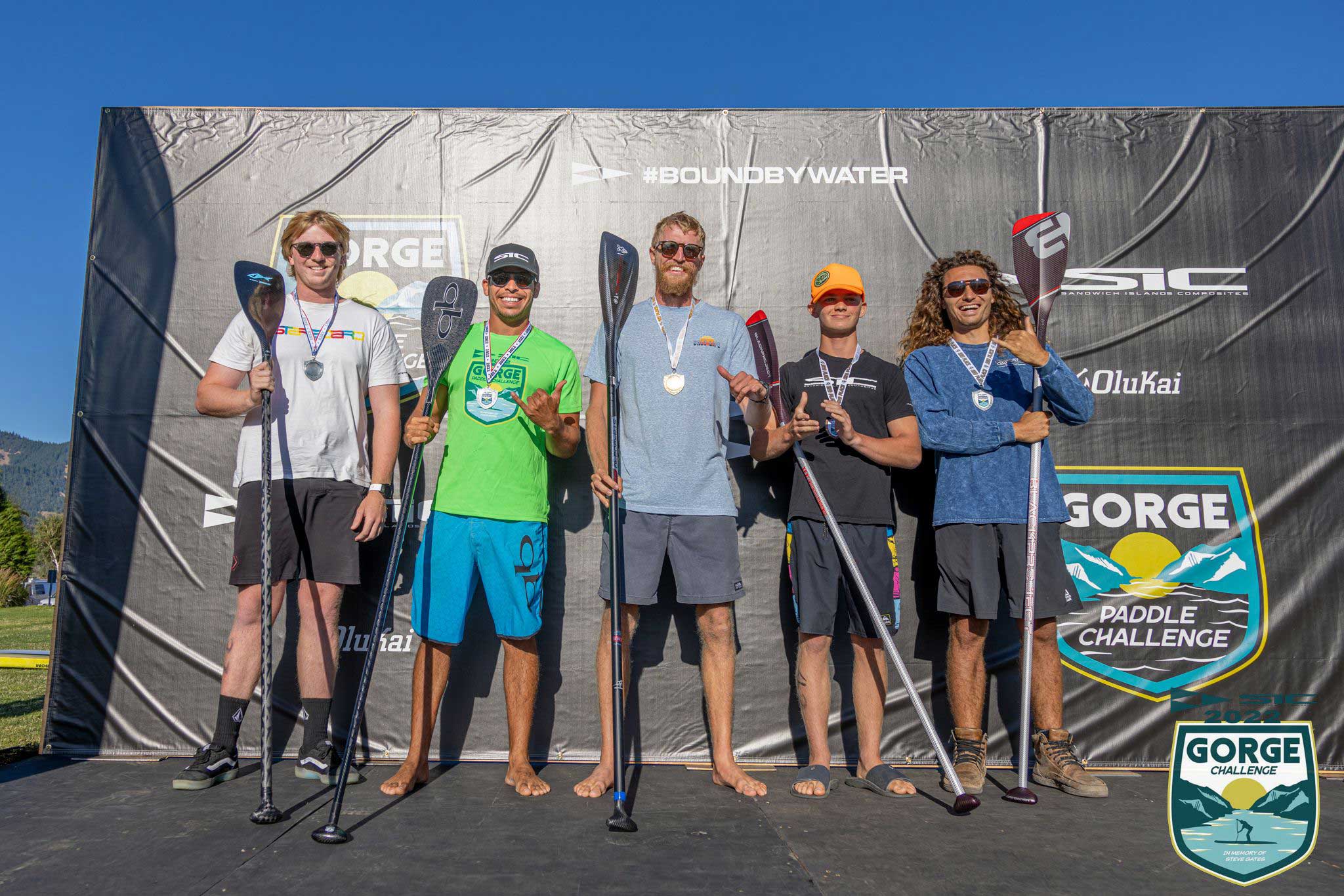 The 2022 Gorge Paddle Challenge was a fantastic event with incredible people. Celebrating their 11th year, this is definitely one of the OG races and one that I love coming back for. The people, location and of course the conditions make it such an epic weekend of racing.

Connor won both the long course Downwinder and the short course Technical events to take the combined overall title win. The Maui waterman raced the Starboard All Star race SUP with the Lima Pre-preg Carbon paddle. The day before the race the wind was cranking, which allowed me to get in a solid practice run to get use to the river again. It’s always a crazy feeling on the water here, because the river flows one way and the wind the opposite way. So this makes the swells and bumps way steeper and more critical than the ocean, and it feels like you’re going fast when in reality you look at the land and you’re not moving as fast as it feels. Knowing this you have to be consistently riding bumps – otherwise you are going backwards.

The forecast was windy on Saturday and light winds on Sunday, which made it perfect for the Downwind and Course combo. The Downwinder started at 11 am on Saturdayand on the drive up to the start line the wind was already howling, which got me pumped up. It started on the waters edge in knee deep water and I was able to find a nice spot on the start line to get the hole shot. When the horn blew I jumped on my board and sprinted off the start line. I was able to get a nice start and into clean water right away. As the bumps started to get better and better I got more into my flow and rhythm. The conditions were super good making it super easy to surf instead of paddling, but when Bernd Roediger started to catch me it was on. We ended up going back and forth for the entire race hooting and hollering every time we got a bomb together. We both have the same skill set riding and reading bumps, making it really hard to pull away from each other.

As we got farther up the river we both crossed over to the Washington side where the bumps get bigger. It did not disappoint, as I got some of my biggest glides and waves downwinding.

Then all of a sudden the one mistake I made almost cost me the race. I fell in allowing him to get five bumps or more in front of me. We still had a good ways to go, but the conditions were so good it was impossible to catch up. I stayed calm and kept the pressure on never giving up.

As we got closer to the finish line the bumps disappeared and then it turned into a flat water grind. I decided to take a different line than him to the final buoy turn, which help me catch up to him. At this point we were both hurting, but I never give up, so I pushed harder and was able to get a little lead on him coming into the final turn. As I rounded the last buoy I could hear the crowd cheering, which got me even more excited. I was super stoked to run up in first place and take the win – allowing me to defend my title from last year.

As always it wasn’t over yet – we still had a Course race the next day. So I got a big meal in me and some well-deserved rest.

Lucky for us the conditions really were in our favor with the wind dying for the Course race.This made it easier to paddle in, but also easier to draft. The race started mid-day with some hot temperatures making it crucial to be hydrated and well fueled. It was another water start knee-deep and everyone wanted the same thing and that was a good start. It was five laps making it a longer course and lots of opportunities to make moves or catch up. 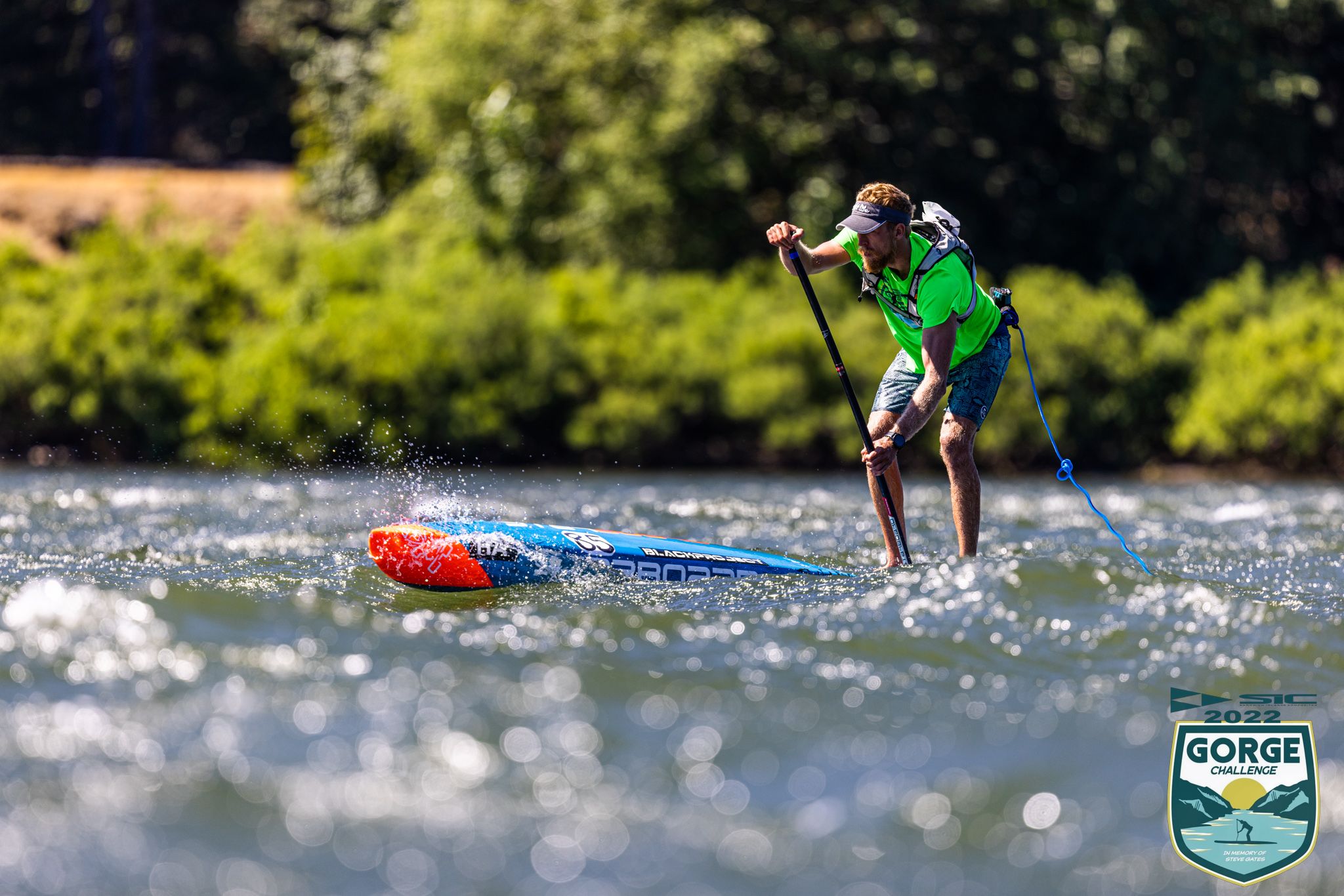 When the race started we all blasted out of the gates b-lining it to that first turn. David Leão and I were neck and neck, but he had the inside advantage and was able to come out of the turn in first. With five laps and the flat conditions I decided to play it safe and just paddle hard enough to stay in the draft. The first 4 laps not much changed, but the level kept increasing each lap. Part of the course came right in close to the beach, so each time I could hear the crowd cheering and shouting for extra motivation.

Finishing my fourth lap I was sitting in second place and knew this was definitely my chance to make a move. I pushed around David and got the lead going into our final lap. I tried to push to make a gap, but they jumped on my draft and didn’t let go. So making a game plan quickly, while racing, I knew that there were some bumps on the outside long stretch of the course. So, when I turned that outside buoy I put my head down hunting every little bump possible. This gave me a slight advantage over the group, but it still wasn’t over with one more turn to go. The last turn was on the outside and I whipped around it as fast as possible while putting the hammer down. I had a nice lead, but didn’t let off the gas until I hit the sand and ran up in first place.

This win made it an easy Overall Win Title for the weekend and a clean sweep for me.

Always stoked to be back here competing with an amazing crowd and community. Already excited for next year – and hope to see everyone there.